In April 2017 the next generation digital learning environment (NGDLE) celebrated its two-year anniversary. The shift to a component-based NGDLE approach allows us all to adopt an architect's perspective and continue our work to design the learning environments we want and need. 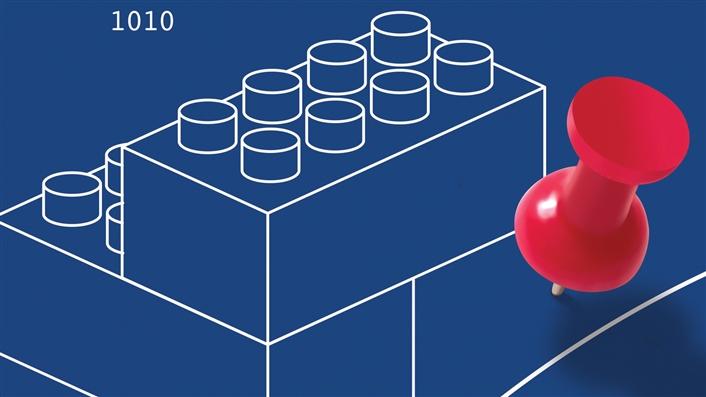 In April 2017 the next generation digital learning environment (NGDLE) framework celebrated its two-year anniversary. In the course of those two years, the unpronounceable and mildly unsightly acronym "NGDLE" has developed a life of its own. It did so against all odds. Indeed, Jon Dron at Athabasca University remarked immediately after the release of the 2015 white paper on the NGDLE: "NGDLE is an appalling acronym! By definition, it is unlikely to catch on."1 In this assertion, Jon was both right and wrong: right about it being appalling, perhaps, but wrong in another respect: it did catch on. As of this writing, a Google search on the term produces close to six thousand hits.2

That said, it is useful to look back and see where this homely acronym came from. The research that resulted in the April 2015 NGDLE white paper3 was made possible by a grant from the Bill & Melinda Gates Foundation. Both the Foundation and EDUCAUSE were interested in the question of what the next learning management system (LMS) might look like. The research began in the summer of 2014. As all researchers know, a key to doing good research is finding the right question, and the team quickly discovered that a question asking about the next generation LMS was the wrong question. Very early in the research process, Randy Bass of Georgetown University pointed us in the right direction when he said in an interview with the research team: "If it's an environment that's somehow being provided by a single enterprise system, then no, stop now. . . . It seems to me it's a worthy goal to ask: 'How is it going to optimize the environment around it for education?'" Clearly, anything that was a system (the "S" in "LMS"), in the sense of a one-size-fits-all approach, was by itself a dead end.

So the focus shifted to environments. To address the challenges and opportunities facing higher education, whatever was next would need to be next generational, meaning that it requires out-of-the-box thinking and, above all, the ability to support academic transformation—change that is both strategic and institutional in scope.4 It also needed to be digital, since almost everything concerning learning in higher education touches or is enabled in one way or another by digital technology. Further, it needed to be about learning, meaning a learner-centered focus, providing the basis for both instructor and learner success. Since it is about learning, it has to offer ways of moving past the fixation on the traditional course and the administration of courses. And finally, it needed to be an environment, a setting comprising many interacting components that enable learning of all kinds to flourish. Hence the rather lumbering name for this what's-next thing became the next generation digital learning environment. As is most often the case (as also with puppies and kittens), the first name stuck, and so the NGDLE acronym was unleashed on an unsuspecting higher education world in April 2015.

Over the past two years, one point continues to crop up in discussions about the NGDLE. That question is whether the NGDLE argues for or against the LMS. One important aspect of the NGDLE is its Zen-like emptiness. A subtitle we could have bestowed on the white paper (had we thought of it at the time) might have been: "The LMS in the Post-LMS World." Established LMS vendors will argue that even in the context of a component-based architecture woven together by open standards, a hub will still be needed—a role played by the LMS. In fact, in his article in this issue of EDUCAUSE Review, John Baker explains: "The LMS needs to be a central nervous system that connects the components (the bricks) in a unified learning ecosystem." Others espouse a radically decentralized approach, which we might call the "we don't have to show you no stinkin' LMS" school of thought: use the tools relevant to you and connect them (or not) as needed.5

The future role of the traditional LMS is an important consideration and worthy of careful discussion. In practical terms, the LMS will continue to be a hub for most institutional learning environments for the foreseeable future. However, while the NGDLE concept espouses a component-based architecture, it does not prescribe which components. It makes no recommendation on vendor vs. local applications or on commercial vs. open. One institution might use the LMS as a hub, another might not. In short, it is up to individual institutions (or possibly consortia of institutions) to decide which components best serve their learning needs and requirements. In light of the NGDLE's aspiration to serve as a framework that enables institutions to address their very diverse learning needs, it must remain agnostic in this respect. The key in the NGDLE framework is not the to-be-or-not-to-be LMS question but, rather, the importance of interoperability on many levels, a characteristic that enables a diversity of function and a coherent environment experience. Stephen Laster's article in this issue explores this cornerstone idea of interoperability based on open standards.

The NGDLE vision of a web or network of educational applications has been captured graphically by the University Learning Technology Advisors (ULTA) at the University of Minnesota. Figure 1 shows the LMS as a component of the network. Just how the LMS operates as a hub and fits into the larger network is left as an exercise for each institution.

So now let's look to the future: What's ahead for next generation digital learning environments? First, I would urge us to think "next generationally" in a way suggested by Phil Long and Jon Mott in their article here. We should think not only about how to build a true digital learning environment in a technical sense but also about our strategic destinations. What new directions and opportunities might something like the NGDLE afford our institutions? Might it even encourage us to fiddle with our paradigms of higher education?

Also ahead is a lot of inventive and innovative work. Michael Feldstein concludes his article in this issue right at this point. I would add that this venture will require "all hands on deck" if we are to make meaningful progress. All of us, from all walks of higher education, will need to work in concert in order to make progress.

To be more specific, I believe we need to address the following four areas:

In the months ahead, EDUCAUSE will be working with the higher education IT community to promote the realization of next generation digital learning environments. We will be devoting space at our events and in our publications to discussing, sharing, and brainstorming about ways to move ahead. As you gain insights in this area and make progress toward your goals, we encourage you to share those insights. We welcome all ideas from you, our community members and fellow architects.8

Malcolm Brown is Director of the EDUCAUSE Learning Initiative (ELI).

© 2017 Malcolm Brown. The text of this article is licensed under Creative Commons BY-NC-ND 4.0.