Like other institutions across the country, Purdue University collects huge amounts of data on students and stores it in some warehouse, possibly never to be touched again. Also like other universities, Purdue offers many “gateway” courses — large, usually entry-level courses in which students must demonstrate a level of proficiency (a grade of C or better) to move on to upper-level or later-sequenced courses. Students in these large-enrollment courses rarely know where they stand or what they need to do to succeed in the course.

Our question, then, was how to use the data collected about students, along with their current grade data, in a way that would give them early and frequent notifications about their performance in a class. In so doing, we could point them to various campus resources that could help them successfully complete a course.

Building on a History of Success

Purdue is one of the top 30 largest public universities in the United States, serving more than 72,000 students. Enrollment on its main campus in West Lafayette is approximately 40,000, including students from more than 120 countries and all 50 states. Recognized by the Association of American Universities as one of the nation’s leading research institutions, Purdue continues to focus efforts on increasing student success and excellence in the education it provides. This drive to achieve goals in both areas impelled development of Signals.

In planning our system, we considered both the predictive power of data and the linkages between student success and effort and engagement. Then, under the guidance of John Campbell, we developed Signals, a system that takes course management system (CMS; in our case, Blackboard) data into account in predicting whether a student would succeed in a given course.

Course Signals is a student success system developed on a predictive analytic model (see figure 1) that contains elements from the academic technologies and the student information system (see figure 2). The model (1:52 minutes) is behaviorally based and considers student performance, effort, and characteristics. The algorithm runs on real-time data and provides a risk indicator for each student (see figure 3). Using this risk indicator (a red, yellow, or green traffic signal) as a formative guide, faculty members can give students in their courses meaningful feedback, suggesting behaviors that students might wish to change to improve their chances of success, thus placing the emphasis squarely on action. 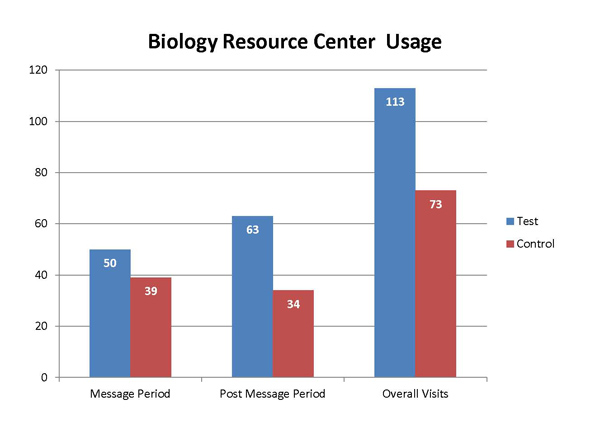 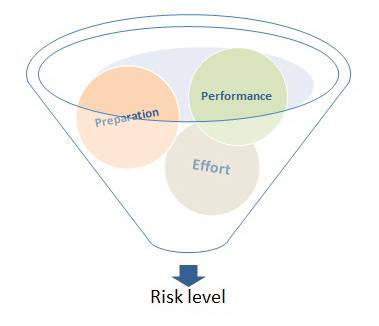 Initially, our biggest difficulty was the acquisition of data. As a siloed university, different data was owned by different stewards, and compiling all the data needed for the student success algorithm was an uphill battle that took well over a year. However, now that we have achieved this, our most pressing concern is Course Signals implementation.

Over the semesters, we have developed data-derived best practices and effective messaging solutions. The research is sound and the practices are simple; however, getting all faculty members on board with those practices is a challenge. For example, we have found that one of the most effective uses of Course Signals is to intervene early and frequently. The average number of interventions sent within successful courses ranges from 4.8 to 6.2, depending on semester. However, faculty are already carrying intense workloads, and intervening more than two times is not as common as we would like (the overall average is 2.3).

A final challenge we faced was in finding a way to explain to students how their risk indicator was calculated. For this, we created a short video detailing the components of the student success algorithm.

Impact on Grades and Help-Seeking Behavior

In the case of trackable help-seeking behavior, students who experienced Course Signals sought help earlier and more frequently than their peers (see figure 4). Anecdotal evidence indicates that students continue this behavior in future semesters. The increase in help-seeking behavior suggests that Course Signals empowers students to become better independent learners. Pattern matrix data suggests that when students do “graduate” (move up) a level — from red to yellow or green or from yellow to green — they rarely fall back into higher risk categories. 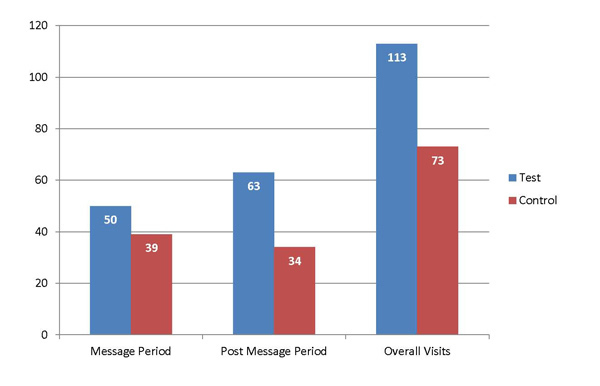 Analysis also demonstrates that using Course Signals positively affects student retention (see table 2). Students experiencing Signals at least once in their academic career at Purdue are retained at a rate of 87.42 percent, while their peers who did not are retained at 69.40 percent — a difference of nearly 20 percentage points.

More than 100 courses taught by 162 instructors have used Course Signals to help their students become more successful, and more than 25,000 students have experienced intervention via this student success system. Additionally, faculty, students, and administration have responded favorably to Course Signals.2

Jenna Seabold, General Studies, explains how her use of Course Signals affects her students (1:19 minutes):

Course Signals proves that learning analytics can be successfully implemented in a scaled capacity. Further, the student success algorithm goes beyond the traditional characteristics of an early warning system and looks at effort and engagement data along with demographic and academic preparation and performance data. Course Signals is commercially available through Ellucian, making it possible for other campuses to replicate our results.