O'Brien: Welcome. Thanks for joining another EDUCAUSE community conversation. I'm here today with president Tuminez, from Utah valley university, and we're here to talk about digital transformation, not as a well-worn phrase or as the rhetorical flourish it sometimes is. But in a concrete context of a president who is prioritizing DX on her campus, welcome president Tuminez.

O'Brien: At EDUCAUSE every year we publish a top 10 IT issues for 2021, nothing was normal. And so we didn't have 10. We instead had three scenarios, we explored three post pandemic scenarios asking campuses to think about whether they plan to restore everything as soon as possible, to evolve what they were doing as a campus, or whether to transform. What are you planning for UVU?

Tuminez: I think all three of those are relevant, restore, evolve and transform. And I really like the words you've chosen. I think you restore some of your old interaction, obviously coming back face-to-face you restore hopefully an optimistic spirit after a very difficult year and not just because of the pandemic, but you know, the bitter politics in the country. And then I think evolving means, you know, learning from the past year, in terms of agility, in terms of new things that we should do, a permanent remote work is here to, it's going to be just a feature of life as we know it. And then transform is probably the hardest part. We are never going to restore everything a hundred percent to, you know, March 10, 2020. We actually have to transform. And it's probably long overdue in the higher education sector. The disruption has been going on for a very long time in higher ed. Our culture is not always known for agility. And I think that transformation, it comes with a mindset that we have understanding who the people are that we're trying to serve with higher education, and then really putting students more at the center of everything we do, and then being very accountable for our resources and what is expected of us. We have to deliver for our students. So the transformation I think is also very real.

O'Brien: And higher education, as you say, is not known for its speed or if its speed is talked about, it's probably recognized as glacial. That's the story we've been telling ourselves for as long as I've been in higher ed, do you really think and hope that there's a different story being created as we speak?

Tuminez: I certainly hope so because frankly, the context will not let us keep doing things the way we've been doing them. Anyone who is in higher ed or anyone who follows higher education is well aware of the crisis in enrollment throughout the country, the crisis in funding, the student debt crisis, and the fact that our citizens today, question the very value of higher education. So three decades ago, when I was in college, it would have been unthinkable for anyone to say, you don't need to go to university or you don't need a college degree. We still were very much in that post-World War Two ethos of you know, getting an education, getting your skills and competencies in your degrees, and then moving on in life and in work. And so I think that we would be ignoring the need for agility and transformation at our own peril. And we already see across the country budget cuts because enrollment is very low. We have seen colleges closing. We've seen departments closing. Those are very, very painful decisions to make. And with the COVID pandemic, you know, UVU, that was the second year of my presidency. We had a 2% base budget cut from the legislature. That, of course wasn't drastic. We were able quickly to pivot and very, very few furloughs, very, you know, single digit layoffs. But we can't always say that the future will look like that. And so I think, the way that we do what we do, we need to feel a sense of urgency. 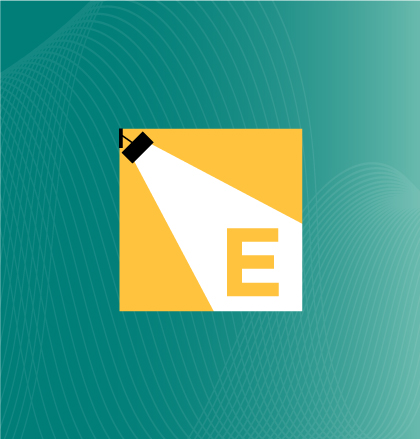