If we want to see our digital learning environments evolve quickly and in a particular direction, we need to understand what evolution means. What are the generational changes that have happened so far, and what were the drivers for those changes? 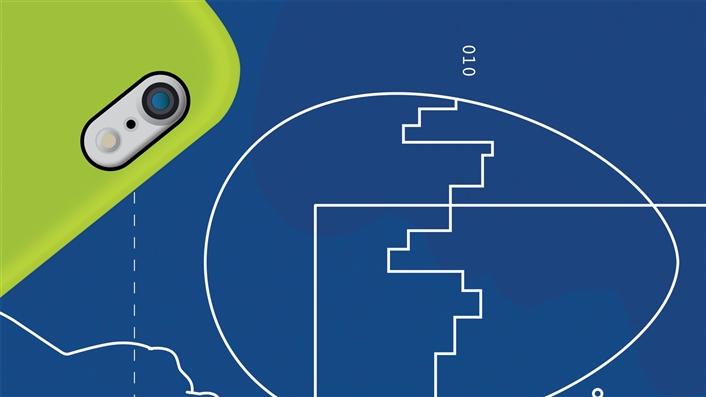 When people use the phrase "next generation," they often mean something as vague as "better than what we have now." The EDUCAUSE Learning Initiative used the phrase in its 2015 paper The Next Generation Digital Learning Environment: A Report on Research.1 The title begs certain questions. Next generation of what? What have been the generations so far? What defines a shift from one generation to the next? What drives that shift? These are important questions to answer if we want to see our digital learning environments evolve quickly and in a particular direction. We need to understand what evolution means and how it happens.

In the definitions section of the report, the authors' description of what they mean by "next generation" includes the following:

We have adopted the term next generation digital learning environment (NGDLE) for what should come after the LMS [learning management system] era. The term pulls together several key themes. What comes next must be informed by the new learning-centered model that increasingly characterizes higher education practice (hence next generation). It must of course be digital, given that digital technology has become a component of virtually all teaching and learning practice. It must be about learning, since learning ties together learner and instructor. Finally, it must be an environment or ecosystem — a dynamic, interconnected, ever-evolving community of learners, instructors, tools, and content.

These ideas — a digital learning environment that is focused on learning (rather than administration) and is modular to accommodate different pedagogical needs — are not new. There are some specifics in the paper that address details that update the concept based on recent developments such as the growth of learning analytics, but the basic idea of a "next generation LMS" or "post-LMS" that is modular enough and pedagogically focused enough to feel like a generational shift has been around for over a decade now.

I was involved with one effort to promote these principles at the State University of New York (SUNY) back in 2005.2 We failed — by which I mean that we did not gain enough traction to persuade SUNY to fund the system. Since then, I have seen various incarnations of the idea come and go. LMSs have made some progress toward these goals through the incorporation of integration standards like the IMS Global Learning Consortium's Learning Tools Interoperability (LTI). But the progress hasn't yet amounted to the kind of holistic step-function change that EDUCAUSE is calling for in the NGDLE framework or that others have called for in the past, even though the idea seems popular enough and evergreen.

This is not to say that the LMS has remained in complete stasis for the past twenty years. There have been several inflection points that could be described as "generational" changes. If we want to drive an intentional generational change, then it's worthwhile to look back at the evolution of the LMS, how one might define the generational changes that have happened so far, and what the drivers for those changes have been. Perhaps we can learn how to be more effective at catalyzing change in the learning platforms that are available to us.

I would argue that we are in the third generation of the LMS. The first generation started in the late 1990s (see figure 1), when the first commercialized purpose-built LMSs for higher education began to appear. With the dawn of modern networking, colleges and universities that were interested in distance learning began to see new opportunities. Some started sharing files and having discussions with pre-web Internet tools like FTP, Gopher, and bulletin board systems, or they experimented with generic groupware like Lotus Notes.

At their heart, early LMSs had the same basic features as the technologies that inspired them: the ability to share files and to have discussions. They had some minor enhancements. For example, a homework drop box is a file-sharing tool with special permissions that a generic file-sharing tool wouldn't have. The announcements page is a little like a special bulletin board thread. There would occasionally be a tool that fell outside of this paradigm, like a simple quiz or survey tool. But basically, the first-generation tools were adaptations of the generically available tools intended to make various basic communication and file-sharing tasks simpler for teachers and students.

According to EDUCAUSE data, about 90 percent of U.S. colleges and universities had an institutionally supported course management system by 2003.3 We can consider this year to be the start of the second generation of the LMS. During the period from about 2003 to about 2010, the main functional changes in the product were to add a couple of more complex education-specific tools. In particular, gradebooks and testing tools took up a huge percentage of available developer resources for any given LMS at that time. These two applications together can easily comprise more than half the total lines of code in each LMS. So the second generation was all about adding testing and grading functions to the file-sharing and discussion functions, with some decoration of specialty add-ons around the edges. For example, at least several LMS development teams created blogging applications, which never really caught on as a popular feature for the product category.

During this period, the LMS was very often treated as a transactional course administration system, particularly for on-campus classes. Teachers would post syllabi, announcements, and grades. Students would turn in papers. They might have discussions or take quizzes, but both of those uses were (and still are) minority cases. And many faculty members didn't use the LMS at all. Even though every institution had one, most classes either didn't use the LMS or used it roughly the same way one might use Dropbox today. The exceptions were colleges and universities that ran significant distance learning programs, which at that time were mostly access-oriented institutions like community colleges and for-profits trying to reach working adults. To the degree that there was innovation in the second generation beyond grading and testing, it was largely driven by these institutions.

Then a few interesting things happened around 2010 (give or take a year or two), leading to what I would argue is the third generation of the LMS. First, IMS Global came out with the next generation of its Learning Information Services (LIS) standard. An LMS isn't terribly useful until it has information about which students are in which classes. That information is generally imported from the student information system, which is the class registration system of record. Before LIS, colleges and universities often had to develop custom software to transfer the data, directly overseen by an IT staff member as a full-time job in larger institutions. LIS made it possible not only to reduce that regular maintenance labor but also to switch from one LMS to another without incurring custom integration costs.

The second thing that happened is that IMS Global came out with its Learning Tools Interoperability (LTI) standard. LTI made it possible to integrate many specialized tools created by third-party developers into any LMS. Because tools built to this standard could now be integrated with any compliant LMS and therefore sold to more higher education institutions using more LMSs without requiring additional integration development for the app developers, the number of specialized educational tools proliferated (see figure 2).

The third thing that happened in the same period is that Instructure Canvas hit the market. The product had a few important differentiators, including technological differentiators like a cloud-native architecture, but the most important for our current purpose is a strong emphasis on ease of use. There is no question that Canvas has strongly influenced the market with its success, driving competitors to work harder at making their applications easier to use.

To sum up, during the period from about 2010 to now, moving from one LMS to another became easier, class spaces within the LMS became simpler to populate with specialty tools for particular kinds of educational interactions, and ease of use began to improve significantly. During this same period, LMS adoption patterns have changed. More colleges and universities are willing to look around and seriously consider switching more regularly. When institutions do switch, we are seeing quicker faculty uptake as well as broader and deeper use, including for on-campus courses. The LMS is being seen by increasing numbers of faculty members as an important learning environment that is essential to their teaching. And more institutions of all shapes and sizes are developing significant distance-learning programs. It is no coincidence that faculty involvement in LMS selection processes has increased tremendously during this same period.

What This Means for the Next Generation

During the previous generational shifts, the LMS and the interoperability standards that support the product category coevolved with usage patterns by individual instructors and with procurement practices by institutions. Customer demand and platform capability drove each other in a virtuous cycle that led to a step-function change in the product design.

Are the forces in place to drive the changeover to a next generation right now? That's the key question for the NGDLE framework. If they aren't, then NGDLE will die on the vine, regardless of the merits of the vision. I don't know the answer to that question, but I do see a few positive signs:

All of the pieces — the products and the interoperability standards, the educator demand, and the institutional procurement processes — have to come together in order to drive a step-function change toward digital learning environments that are holistically learning-focused and capable of being tailored by educators and students to meet the specific educational needs of the moment. For those who want to see that shift happen, it will be important to attend to every one of these factors. The most effective places to do this work often aren't in magazine articles or conference talks. They are in deeply unsexy places like technical interoperability standards meetings or on LMS selection committees. For example, IMS Global's relatively new Caliper Analytics standard could be an incredibly powerful aid in achieving the aims of the NGDLE vision. But before that will happen, vendors need to hear that their customers know enough and care enough about the implementation of the standard to influence their product-adoption decisions. That, in turn, involves not only becoming familiar with the standards process and the differences in vendor implementations but also educating an institution's LMS selection committee members regarding the value of the standard and persuading them to prioritize it as a capability that influences their recommendations. Real change is often hard because the work involved is boring and obscure and requires a command of arcane details.

If we want a next generation digital learning environment, then we'd better be ready to roll up our sleeves and get our hands dirty.

Michael Feldstein is a partner at MindWires Consulting, co-publisher of the e-Literate educational technology analysis site, and co-producer of e-Literate TV [http://e-literate.tv/].

© 2017 Michael Feldstein. The text of this article is licensed under Creative Commons BY 4.0